Every month, hundreds of personal items are left behind at hotels and resorts all over the country. A lot of these go unclaimed as they could be inexpensive items - and returning something small can sometimes be cumbersome, or impractical.

But if the item left behind is valuable or expensive, you can expect an anxious call from the guest - to check if the item has been found, and explore ways of having it picked up by someone.

For this month’s Q&A column, we spoke to five housekeeping supervisors at different locations, to hear their Lost & Found stories. 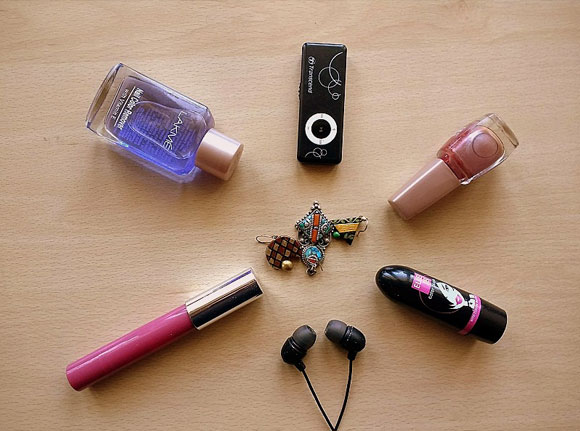 Among the most common items left behind according to Alvin, are personal grooming products like cosmetics, combs and small electronic items such as chargers, earphones and bluetooth devices.

He says his team usually reminds guests to be watchful and do a double check in their rooms, just to make sure. He also thinks it is understandable when small articles get left behind – hidden in some cozy recess in the room.

According to Alvin, housekeeping staff at the larger hotels and resorts go through orientation in the right ways to handle something that is left behind – because there could always be the temptation to take something back home. This kind of orientation during training makes them better professionals, he says.

Janaki feels that women (more than men) tend to leave things behind, because they have so many things to worry about – even on a holiday. She mentions coming across small pieces of jewelry left behind by lady guests – could be a small ring or on single earring that could have fallen off and gone unnoticed. Janaki says it can be upsetting when you discover that a piece of jewelry has been left behind at the resort.

At our resort we are really careful with jewelry she says, adding that all her girls are extremely honest when it comes to reporting and handing over anything left behind in a room. And when that happens, her team immediately alerts the guest who has checked out, and waits for storage and handing over instructions.

Kamala has one of the most unusual stories of “something” being left behind - a baby sleeping peacefully, in the room just vacated by the guest. This was a large family checking out, and at times like this people usually assume someone in the group has taken charge of the baby. Luckily her guests had just driven off from the resort and were back in 30 minutes. The baby was still sleeping peacefully in their room – under the watchful eyes of a young girl from the housekeeping team.

The young mother apparently was so distressed, the entire group stayed back for lunch at the resort, just to relax a bit and recover from the incident.

Pradeep came across an expensive digital camera, with all accessories – left behind by a professional photographer who had stayed at the resort. Luckily, their team has a process in place for expensive items left behind in rooms – they go into a special locker for safekeeping.  Pradeep feels things can get tricky if the guest is a foreigner and has left the country. In this case the guest had gone to another city and was willing to come back to collect his kit.

The photographer was so relieved to find his kit intact, that he handed over a batch of pictures he had shot at the hotel - for use in advertising and promotions, without any payment.

Poornima says she once found a really old comb under a pillow, and was sure the guest would not call back to ask for it. (So she dropped the comb in the nearest waste basket.) Imagine her shock when the guest called and wanted the comb back – at any cost. Apparently it was a comb given to her by her great grandmother and was really precious as far as she was concerned.

The housekeeping team then went into rescue mode and sifted through a huge pile of discarded waste at the hotel. After four hours of sift and search, they finally found the comb – much to the relief of the guest who had practically given up on the comb. (Poornima on her part, said she learnt a very important lesson that day . . .)

It is reasonable to assume that people will leave things behind in their rooms when they check out. Keeping that in mind, resorts could have a more organized way of handling Lost & Found items. You need a process in place that defines clear steps to follow – right down to safekeeping and keeping the guest informed.

For a guest, “relief” is sometimes the most comforting six-letter word – especially when you have found something you thought was lost for good.

We can quite imagine the relief experienced by the lady who was insistent on getting back her great grandmother’s comb, at any cost. Or the young parents who rushed back to pick up their baby, still fast asleep in their room.