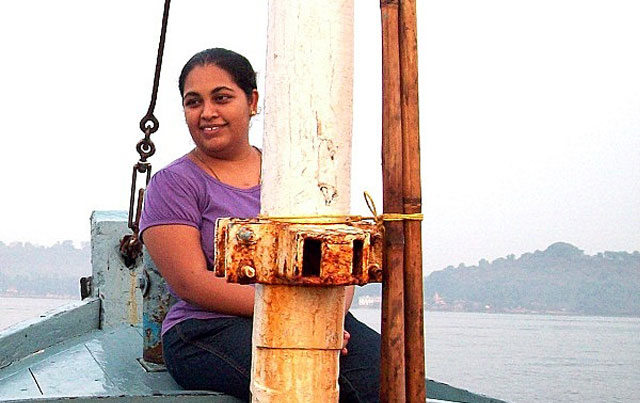 A trawler ride along the Mandovi River, on our way out to sea.

Dominique Hoover is an experienced and independent researcher, with project related experience in Aquaculture, Coral Reefs and Snorkeling. She has a professional interest in projects that address coral reef restoration and conservation.

Dominique has a Masters Degree in Marine Biology and Oceanography from Annamalai University, and is a Research Fellow from the National Institute of Oceanography at Dona Paula, Goa. We now chat with Dominique on the growing need to protect our environment, and how responsible tourism can play a huge support role in this effort.

Over to our conversation with Dominique.


What are government bodies doing about protecting marine environments? Are there dedicated watchdogs or overseeing groups working actively in this area?

The government helps to create what are known as Marine Protected Areas or MPAs, and the local forest department handles all issues in this sector for the most part. Officials work under cover and are always around, but this caters to only part of the “visible” protection.

By visible I mean trafficking of marine organisms including plants and animals, and diving in restricted areas. But using the shore as a toilet every morning (though an uncomfortable thought) is not really considered “harmful” to the environment.

In most cases, the only people I find really taking care of littering issues are hotels who own certain beaches that need to “look good” for tourists. Apart from the Forest Department, the Coast Guard also keeps an eye on suspicious and illegal activity along the coast, both on shore and in the waters. 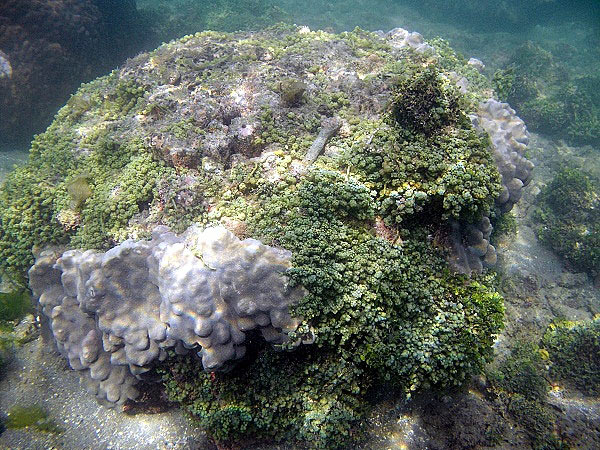 How does an increase in tourism traffic increase the threat to these environments (results of over-tourism, for example.)

As I mentioned earlier, littering is a problem that is not taken very seriously, especially in remote areas of the country, where the local community does not have a regular garbage collection system. This has greatly affected the benthic community (*explained later) of several beaches, and is augmented by tourism activity.

When people talk about marine life, they imagine life in the sea, swimming in the water or crawling on the sea floor. Many forget that beaches are teaming with life, just under the surface of the sand. Many hotels do not have sewage pipeline connections that lead to treatment plants - the wet waste is fed directly to the shore and enters the sea. When tourism increases, so does the wet and dry waste that hotels and individuals produce, thus putting pressure on the marine environment.


What specific areas according to you could be under threat? And how can the tourism department contribute to increasing awareness?

Any area along the entire coast of the country that is termed a “tourist spot” is already under threat and needs stringent rules in place in order to restore the coastal habitat to a pristine status – if that’s possible.

As mentioned earlier, simple instructions or a list of guidelines need to be given to the tourists while they make arrangements for a holiday near a beach-lined location. Hotels, resorts and maybe even local tourism authorities can add to this effort by producing information booklets, or videos that could be shared on social media. 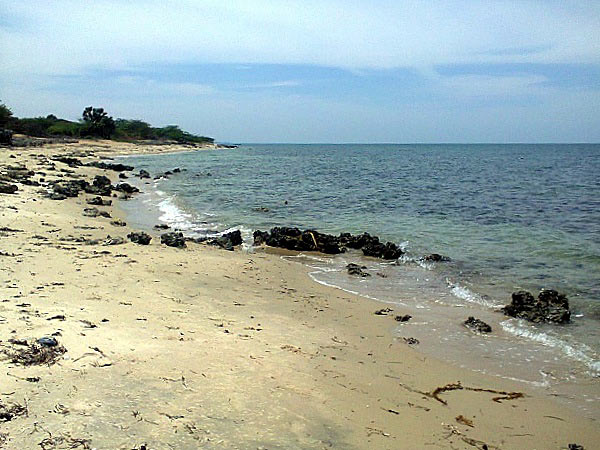 The empty shoreline at Mandapam, strewn with dead coral

What steps can individual resorts take to ensure that their guests act more responsibly on a vacation?)

Simple steps like carrying your own garbage bag while you party at the beach, or using dustbins placed at convenient distances for people who wouldn’t want to carry a bag of their own.

Incentives can also work to some extent: “return bottles to avail some benefit” or “return your disposable tableware at the counter for a discount on the restaurant bill”.  I think moves such as this might help in increasing awareness and improve the present condition of our marine environment. 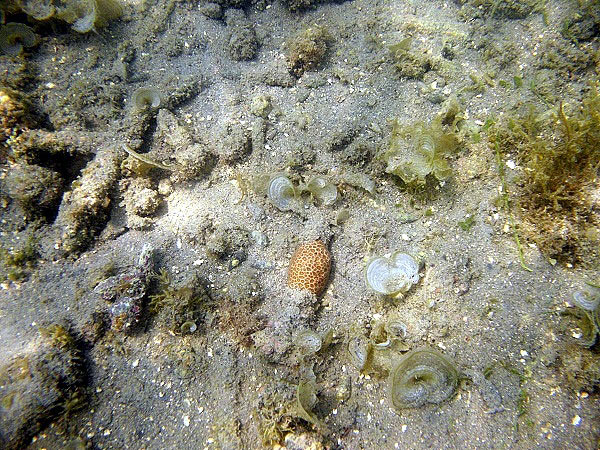 A young coral finds hope in a dying reef

What can each tourist do to help the cause and not add to the growing problem?

I guess if we all follow the guidelines set by both the tourism department and the hotels themselves, if not our own conscience, we will most probably see beautiful beaches again even in a year’s time from now.

We need to explain that marine environments are under threat because they are fragile and can be hurt by excessive tourist traffic. Our guidelines (or messaging) can be simple and easy for people to understand.

While these guidelines need to be shared and enforced, most people (tourists) don’t know that you can be imprisoned for 6 years if you are found with a piece of coral in your home - without government permission. The best option here would be to return these to the nearest reef protection body - so they can help new corals attach to them, and start the process of renewal all over again.

*The benthic community in simple terms, is a group of organisms, mostly invertebrates, that live below the surface of the sediment along the shoreline and banks of rivers.