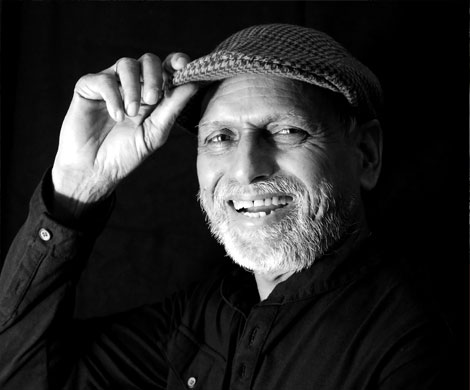 Dr Sheelwant Patel has been an insurance man, a forester, an environmentalist, and a researcher. He has sold insurance for five years and been forester for thirty-three. Dr Patel has climbed hills, stalked killer elephants in jungles, and stayed over at many a haunted house in the Himalayas.

A docudrama he wrote has won him a national award for the best documentary. He lives in Mumbai with his wife and two amazing children with equally fulfilling professions. (One is an animator, and the other is a filmmaker.)

Could you briefly describe the scope of work when you were the Chief Conservator of Forests in Bengal? (How close does this come to tourism / safaris / jungle treks?)

As Chief Conservator of Forests in Bengal, I was looking after the forests of northern West Bengal that are prime elephant habitats.  This region contains five sanctuaries, three national parks, and has 14 elephant corridors that are notorious for being the terrain of the most intense human-elephant conflicts in South East Asia. I must add here that Jaldapara and Gorumara in the region are famous for rhinos.

We did organize safaris – in vehicles, in bullock carts, and on elephant back – but jungle treks being unsafe for tourists, we forbid them – especially as the visibility is no more than 10-15 meters in these dense evergreen forests. 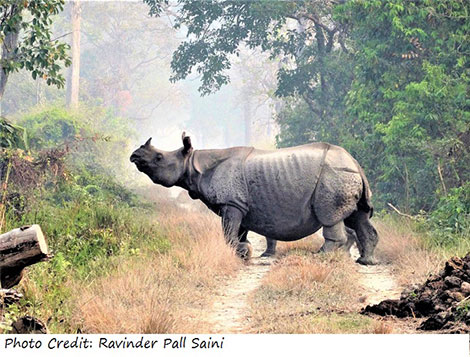 Do you think sanctuary tours are useful in increasing awareness of animal habitats? (Rather than seeing them in contained environments like zoos.)

If you see wild animals only in zoos, you may not be able to visualize the wilderness in which the animals preside over. When you visit sanctuaries, even if you know nothing of wildlife, you can sense the delicate balance of various elements in that terrain.

I firmly believe that responsible tourism around sanctuaries is the most effective way to increase awareness about animal habitats. Since resorts also attract policy decision makers – both corporate and government – we get an opportunity to make them understand animal habitats. And if we do succeed, we are gathering force towards environment conservation.

How can people behave more responsibly when they are being taken inside a sanctuary?

When people visit a sanctuary, they could behave irresponsibly, more out of ignorance than of bad intentions. As an integral part of sanctuary visits, the sanctuary-in-charge and resort owners should show short films that focus on, and denounce the inappropriate activities of tourists; and highlight the harms that these inflict on the wild animals. That should instill some self-discipline among visitors. They should also train guides to equip them with knowledge, not merely of wild animals, but also of key elements of wildlife habitat. Competent guides are the best ambassadors. Both, resort owners and sanctuary officials, must nurture them.

Do organizers of these tours prescribe a strict code of conduct? (Should they give them a briefing before the tour about recommended behavior?)

Since going into the wilderness is an exciting experience, we can expect enthusiasm among visitors to sanctuaries. But, as pointed out earlier, the disturbance to wild animals is more out of ignorance than out of ill will towards wildlife. Organizers must prescribe a strict code but it should not amount to commands. We should make visitors understand the basic behavioral pattern of wildlife and the functions of various elements of habitat. Animals in the wild have sensory abilities that are far more powerful than those possessed by us - these make engaging stories, and we should use them.

Should children be part of this tour? (Would you recommend a minimum age? Not younger than eight, for instance.)

Most wild animals are shy and move away from human beings.  If visitors take simple precautions, it is very safe to visit sanctuaries. Most of our apprehensions about large wild animals – tigers, leopards, elephants, bison, rhinos, etc – being enemies of human beings are rooted in our folktales, nanny’s stories, and even in films. Children pick up such sensibilities the quickest. Hence our children’s exposure to sanctuaries helps them understand wild animals in the correct perspective.  Children are future ambassadors of wildlife conservation and must visit sanctuaries with their parents. Besides, it is brutal to prohibit children, while we have all the freedom to go on such trips. 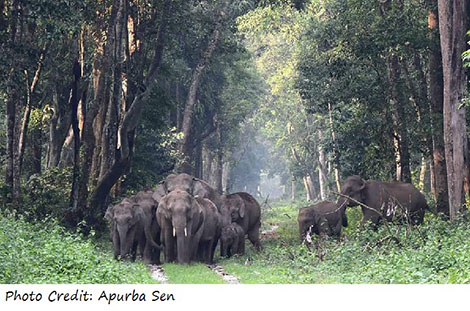 In your opinion, how many trips (in a forest vehicle) is recommended in a day? (I would guess more than four would be troublesome for forest animals.)

Wild animals give birth to babies, and raise them during the monsoon season. Therefore, visiting sanctuaries during these months is a strict no. Most wild animals are active during dawn and dusk. Safaris during these periods, too, should again be a strict no. Wild animals devise ingenious ways to stagger their activities a little to avoid visitors. Therefore, it is important to maintain strict timings for such safaris. Variable time slots can confuse wild animals, making them restless and consequently, dangerous. Four safari visits – two in the late morning and two in the early afternoon – is what I would recommend.

Should an independent observer (guide) be part of each sanctuary tour? Just to explain jungle stories, like a guide.

The sanctuary-in-charge and the resort owner should consider each sanctuary tour as an opportunity to educate business leaders, government officials, and other key influencers about responsible tourism in sanctuaries and the need for preserving wildlife in natural habitats.

The guides should be competent enough to answer queries from such crucial guests. As awareness about wilderness grows among them, wildlife preservation garners support at the level of framing corporate, government and public policies. Messages imbibed by the influencer class can spread through word-of-mouth and benefit both responsible tourism and preservation of wildlife.

(Now onto something on a personal note…)

Do you still advise the forest department on key issues and operational aspects. Your vast experience would be invaluable.

Being busy with my writing, I don’t have spare time to devote for advising the forest departments. Nevertheless, I do keep in touch with issues connected with environment conservation and climate change. I am especially interested in the human-elephant conflict.

Please tell us something about your persona as a book author? What is your newest book all about?

What really fascinates me is the exploration of emotions that entice a character to act, or not to act. I get under the skin of my characters and make you scent the world around you through their sensibilities.

I don’t draw inspiration from gods or goddesses, kings or queens, Vedas or Puranas -  not even Ramayana or Mahabharata – the plot emerges from the battle of the boy or girl next-door, out on the street to live life on their own terms. In my latest book, THE FOE WITHIN, Sona, 20, a prisoner of her alter ego, fights through her disorder and emerges a bestselling author. 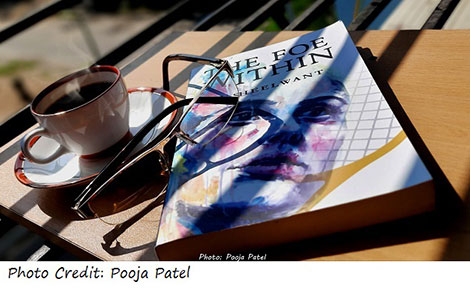 Have you thought of a jungle book setting for your next book?

The jungle book setting will have to wait for some time. The way I visualize it now, my next book is a novel set in the early nineteenth century – in India – at a time when the Mughal Empire, the richest on earth, is crumbling – and on a descent. A time when the East India Company is also making planned inroads within the fighting fraternity. (All this, while the common man is a mere pawn in the process.)

Getting in touch with Dr Sheelwant Patel