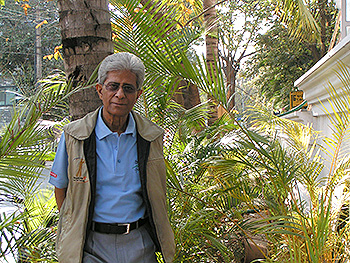 Over the last few months, we have featured some of the country’s best-known travel writers. These are people who venture into uncharted territories to tell a story – a story that’s untold. They do this through a narrative that takes us right there – right in the middle of it.

And unlike most of us who take a break from work, these travel writers take their breaks from travel to be with family and friends.

While their life and lifestyle sounds interesting, things can be difficult - because you’re always on the move. For some people sunrise could be at one location and sunset, in a totally different geography. But they still do it, with unbridled enthusiasm that fuels every step, every mile, and every journey that they undertake.

So what do you think inspires these people to take that path to adventure and travel? How do they break away from conventional career avenues and goals?

Many of these travel writers have already seen success in their primary careers - in the corporate world, or their areas of specialization. Once they go up that ladder and achieve success, they feel they need to do something more meaningful. Something that unshackles them from the daily pressures of work, to explore a whole new horizon - where freedom, total freedom, gives them a sense of trajectory and achievement.

Though they do look happy in the pictures you see on social media, what you don’t see is the effort it takes to get there. For example, you might see someone at the peak of a mountain looking really happy, with a sense of achievement. But what happens before the picture was taken is not visible, or not captured on camera.

For many of these people, it takes months of intense preparation to achieve what they set out to do. (Like the popular saying, when the going gets tough, the tough get going.)

It’s hard being away from loved ones, or the family

While there are writers who travel as a couple, many of them travel solo. According to solo travelers there’s something about going alone that makes things different and exciting. You’re in the driver’s seat when it comes to what you want to do and where you want to go. If your path takes you to a fork, you decide whether to turn right or left, or maybe turnaround and head in a whole new direction. (But you alone will take that decision.)

Travelling extensively also means being away from the family and your friends. One travel writer even told us that it was really distressing to be away from her dog. (Also saying that the pet could be equally distressed.)

Younger travelers can be a source of worry and concern for parents, who sometimes find that they can’t reach them on the phone because of connectivity problems on mobile networks.

There are not doing this for the money, or to signal independence

There are no great rewards for doing this. If you look closely at the kind of effort and energy that goes into being a travel writer, the returns are not always commensurate, or guaranteed.  A few assignments linked to commercial properties get sponsored and paid for, but there are other visits independent of commercial engagements – which mean the writers need to commission themselves.

The rewards they seek are largely self-fulfilling – because they are self-driven. And that’s what makes this truly rewarding for them.

Finally, I am beginning to see many young women travelling on their own and making a mark for themselves. It’s not just the independence angle I am talking about here. It’s the emergence of the brave young woman who knows what she wants from life and knows where she’s headed.

She also knows how to get there.

This month we are doing a sequel on Chittra K’s story. In our earlier Q&A interviews we featured Sudha Pillai and Bindu Gopal Rao. Also falling into this category is Vikram Nanjappa of Evolve Back resorts. You will find their stories at this link.