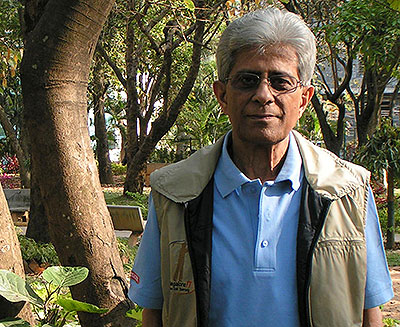 In my recent article in the Maharashtra Economic Development Council - Economic Digest on Tourism, I have attempted to look at tourism from different points of view. Current indicators, historical perspectives, potential for growth and an overview of trends. Sometimes it is useful to look back at the evolution of an industry that has made key contributions to economic growth.

Tourism is an activity is difficult to define and more difficult to comprehend in view of its multi-faceted profile. It is not a product nor a service but a rare blend of both or neither. In simple terms and as best understood, it is travel with an objective in mind. The objective can also be something you look forward to – be it leisure, business or other purposes.

I like to give this a “unique” tag based on a combination of revenue streams bordering from the mundane to the spectacular under its umbrella. More than its definition it is important to know that this amalgam has the capability to deliver an experience which only can be felt by the traveling mass that is ever ready to savor its glory.

Tourism has the capability to drive economies and add value

Tourism is embraced by almost all the countries on the globe in some form or another because it has the power to drive economies, add value as a platform, and serve as a platform for creating opportunities and aspiration.

“Tourism can be domestic or international, and international tourism has both incoming and outgoing implications on a country's balance of payments. Today, tourism is a major source of income for many countries, and affects the economy of both the source and host countries - in some cases being of vital importance” – (source WTTC).

As a part of evolution and recognition by various governments in greater measure, several offshoots of tourism are emerging. These are classified under “niche tourism” and comprise agro-tourism, heritage tourism, wellness/medical tourism, wildlife tourism, cultural tourism amongst others. I have deliberately excluded two large segments which are arguably country specific which I will treat separately. These are “leisure tourism & spiritual tourism” not only because they have a large market but have high growth potential and better included under mainstream tourism in India.

There are various research reports available - the mother source of all being WTTC, and the rest being country and segment-specific, based on studies conducted by major market research companies. The global macroeconomic situation has a direct impact on the growth of tourism and its correlation with the GDP. The global GDP growth forecast for 2017 is 2.6% and is expected to pick up beyond. The fastest growing world region in 2016, 2017, and 2016-20 will be South Asia, led by strong growth in India, whose economy is expected to outperform China.

The world direct travel & tourism GDP growth will outpace the overall economy - it was resilient in 2016 and will continue to grow faster than the wider global economy at around 3.1% - and expected to rise by 4.2% pa from 2016-2020. Tourism in India is expected to make a direct contribution to GDP at around 8.6% during 2016-20 (WTTC). This arguably could be the highest compared with other regions.

There is now an increasing awareness of tourism related environmental issues, and revenues generated out of tourism activity are used to measure the economic value of protected areas. Tourism earnings are partially from informal employment of agencies which facilitate smooth functioning down to the last mile as vendors, guides, local transport providers, roadside restaurants and the like. The revenues generated are reinvested in the local economy and have a great multiplier effect. As per WTO estimates indirect contribution of tourism is equal to 100% of direct tourism expenditures.

Travel & tourism generated US$ 7.2 trillion (9.8% of global GDP) and 284 million jobs (1 in 11 jobs) to the global economy in 2015. Despite challenges the sector is forecast to continue outperforming global growth in the coming years. The fastest growing G20 countries for total travel & tourism GDP to 2026 will be China, India, Indonesia, Mexico and South Africa. India’s strong forecast will propel it into the top ten travel & tourism economies by 2026 in terms of total travel and tourism GDP.

Looking at the big picture, there’s a lot to look forward to . . .

The complete article can be viewed here.